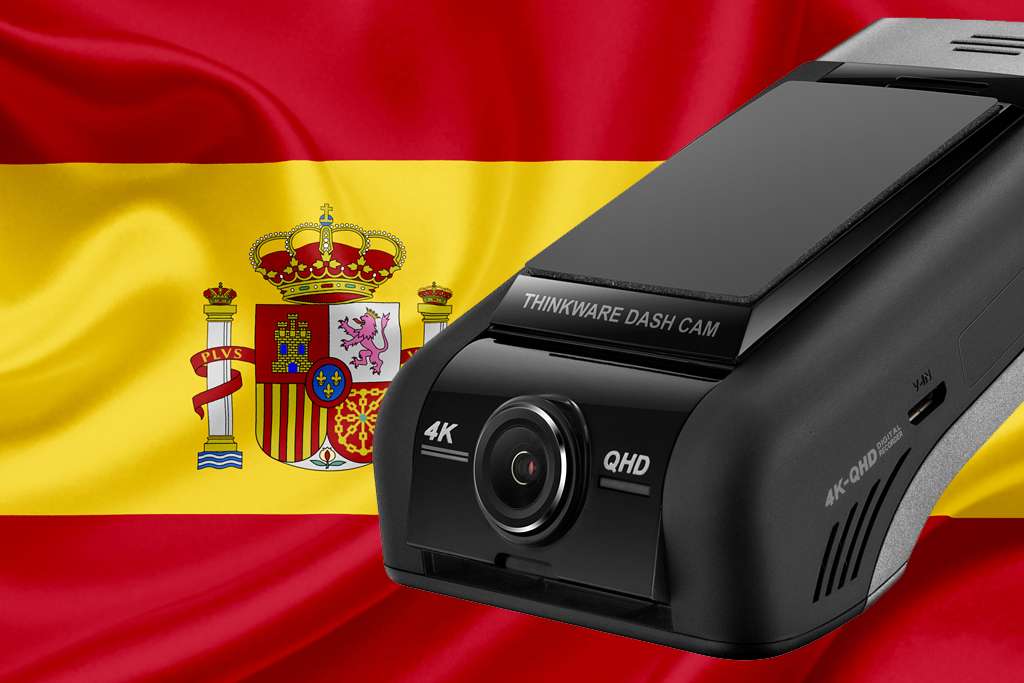 Now this overwriting feature is extremely important when it comes to the legality of dash cams in certain countries, one of which is Spain. This has been highlighted by the following instance of a home surveillance system being used in a car. The following article incorrectly calls this a dash cam: https://bit.ly/3flVgkv

As an aside, it is also worth noting that the image used in the article is also a bad example, as the video is playing and the location on the windscreen obstructs the driver’s field of view, which are both illegal in the UK. All but one of Thinkware’s dash cams don’t have a screen, allowing them to be discretely mounted behind the rear-view mirror, avoiding any distraction of the driver.

Here is an article that makes the distinction and outlines the case that dash cams are in fact legal as long as the footage isn’t uploaded to social media and it can be used as evidence when there has been an accident: https://bit.ly/3kP4HKn