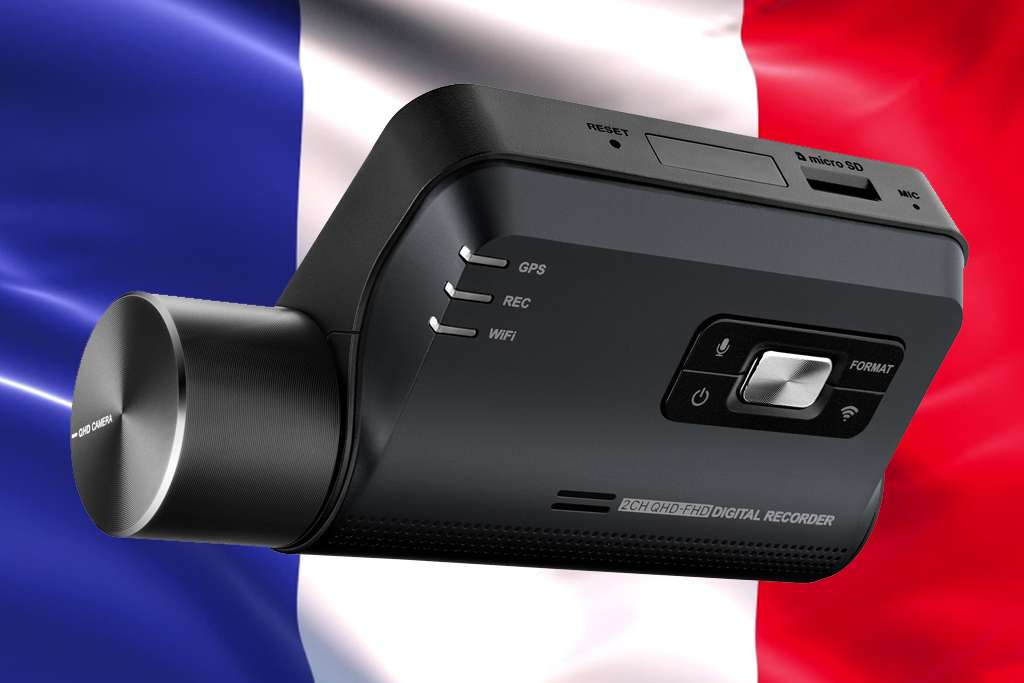 A dash cam is there to take footage of the unexpected, however early adopters had the idea they enabled the recording of one’s journey down Route 66. I even had a heated exchange with a customer who questioned the reliability of the SD card reader, because he expected taking the card in and out every day. The trouble with this concept is that the footage is overwritten as you drive, with incidents stored in a separate folder, triggered by impact detection, to save against being erased by the loop recording. I can assure you, there is nothing more boring, and sometimes nausea inducing, than watching dash cam footage, especially in this age of streamed on demand entertainment.

In France, it is legal to use them for private use, however footage should not be uploaded to the internet and should go directly to the police in case of an accident. In addition, they should not obstruct the driver’s field of view, as is the case in the UK. All but one of Thinkware’s dash cams don’t have a screen, allowing them to be discretely mounted behind the rear-view mirror, avoiding any distraction of the driver.

Dash cams have been slow to catch on in France, with only an estimated penetration of 35,000 as of February 2020. Some insurance companies are starting to offer discounts, with L’olivier, the French online subsidiary of UK Admiral Group, running a 10% discount deal and another online firm, AcommeAssure, offering 15% off.

All Thinkware dash cams offer safety camera alerts when equipped either with an internal or external GPS antenna. Now in France it is illegal to pinpoint the location of the enforcement cameras, however it is allowed to advise of danger zones where cameras are located somewhere within that zone.